So it only took me four years to finally learn how to grow a full-sized tomato in a container, but I did it! 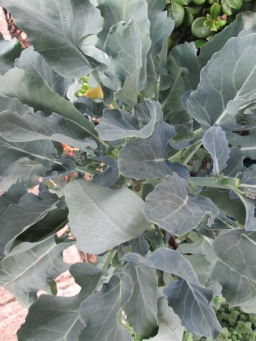 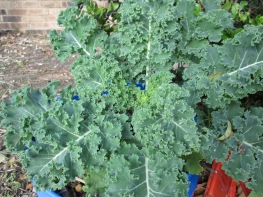 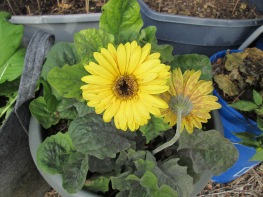 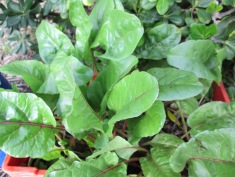 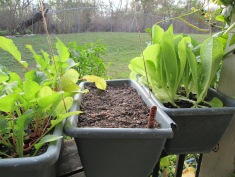 I can’t believe its been three weeks since my last post! So many things going on with the holiday season gearing up, so I’ll give you the highlights! And try to get some photos in here soon!

And now for the bad news …

Who knows what spring will bring? I’m still anxiously planning what to grow in next year’s garden even as this years continues to thrive. I’m thinking about growing a lot more tomatoes. Maybe I can hide them on the roof.

Sharing this from Dirty Little Secrets. It’s probably not exactly the same for container gardening, but definitely something I think I’ll look into. For the area along the back fence I’m guerilla gardening (until management finds out) I think I’ll try a cover crop of daikon radishes. Hopefully, some of those roots can break up the clay to make room for a sunflower garden next spring! We’ll see how it goes…

Get spring gardens off the ground with simple autumn soil care. Soil building starts in the fall.

Source: Don’t Fall Down on the Job – Spring Starts with Autumn Soil Care

Yay for rain! My plants are thrilled… that is if they haven’t blown or washed away!

We just can’t do anything in moderation here in Texas.

Prayers for those in Texas and Mexico dealing with flooding right now.

First song of the morning. What a wonderful way to start the day!

Garden to plate in 15 minutes and oh, so tasty! Why did it take me this long to discover Lima beans?

Got to see a little raccoon looking for snacks on the fence line tonight. Actually, what I heard was crunching in the dark and then saw two spooky little reflectors that gave away the masked bandit’s location. I stared at him. He stared at me, but kept eating the whole time. “Crunch, crunch, crunch.” It sounded like he was eating Frito chips! I watched him for a bit and then let him be. When I poked my head back outside to see if he was still there, I saw a second set of “reflectors” and assumed he had family come to join him; then I saw the tail. I guess I wasn’t the only one who heard crunching because right next to the little raccoon was an even smaller skunk! Well, everything was small except for the tail. That was big and, thankfully, distinctive. They ate together peacefully for about a minute, then came the chittering. Mr. Raccoon carefully grabbed the last snack he thought he could snag and reluctantly headed back into the woods. Though, I swear I could hear him calling that skunk every name in the book on his way out.

From “The Bloggess.” I’m a huge fan of her book, Let’s Pretend This Never Happened. I can’t wait to get my hands on Furiously Happy.

Source: I’m having a hard time finding the words.

For all the complaining I do about how warm it is in Hellahot, Texas, I thought I’d look up other places around the world that are just about as close to the equator as we are. Here are ten:

So, why does all this matter? Well, this was just for fun, but there is a gardening lesson to be learned here. When looking through seed catalogs or online for new vegetable varieties to try in your garden, pay attention to the regions that the seed variety originates from. Those that come from regions with a climate similar to yours might have a better chance of succeeding in your garden. Then again… don’t be afraid try anything. This is a learning process!

Cowpeasinapot is an adventure in gardening… in containers… in south central Texas. In other words, a train wreck in slow motion.

Ingredients for a Beautiful Life!

LOVE YOUR FOOD IN ALL SHAPES & SIZES

Thoughts, Ideas, and DIYs on being well rounded

My Blog
Notes on a Spanish Valley